We are hiring!
Click to discover the opportunities
Coddy games

Zombies come into your life for free!

After launching Episode 1 of the Infected series, Coddy, who always does things in the right order, recently launched Episode 0 of the same series. A tutorial that allows players to understand the games' mechanisms; a little warm-up to set the context before the real zombie hunt.

Episode 0 : the pilot episode
How to play? Download Coddy's app (this one is always free) and select the game Infected: Intro. This episode is totally free too, you don't need a code for this one. The game is very intuitive, just follow the instructions on the screen and let yourself be carried along by this mini escape game's story.
Practical Information
In short:
When the Z-1 virus hits your neighbours
The theme is obviously still about zombies because this episode precedes Infected: Rise of the Dead. You find yourself at home, watching a zombie movie, only the zombie's noises you hear seem far too realistic... In this episode too, you'll have choices to make and riddles to solve. If the tutorial convinces you, you'll still have the Episode 1 to try afterwards, in your city.

N.B: Infected - Episode 1, on the other hand, is played outside, in your city and preferably in team (up to 6 players). It's also played on your smartphone and costs 39.99€ per team.

To try the tutorial, you just have to download the app and select the Intro episode.
Updated at: 08-12-2020

Are you interested in the Coddy games? Here are some other articles 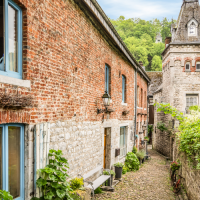 Get a free indoor game!

We send a newsletter once or twice a month about our blog articles, new cities to discover and new adventures we publish.